Drugs can have a wide range of effects on sexuality, including intensifying or dampening arousal and libido, and altering the way one responds sexually. They can alter the body’s reaction to sex and also boost the willingness to take risks during sexual encounters. Some medicines might have unpredictable long-term consequences on a person’s sexual life. Both sexuality and sex are complicated mixtures of behavior and feelings; they both modify one’s physical state and are dependent on a certain state of one’s body.

For instance, enough hormone levels are needed for vaginal lubrication. These hormones may affect a person’s desire to have sexual relations, and a person’s level of lubrication may affect their desire to have sexual relations. Sex can be affected by drugs that alter a person’s perceptions, emotions, or intentions during the sexual act. There is sometimes a lack of predictability in the effects; a substance that improves a person’s sexual performance one day may have the opposite effect later on.

Hormones, neurotransmitters, physiological changes, thoughts, and emotions must all be in sync for sexual activity to occur. Many elements of this process can be affected by the use of medications, both legally prescribed and illegally acquired. To give just one example, antipsychotic medication has been linked to altered hormone levels, which has been shown to exacerbate erectile dysfunction in men.

A person’s sexual life may be impacted by drugs in a variety of ways, including the following:

Libido: The libido of a person might be affected by the use of drugs. They could either increase or decrease a person’s desire to have sexual encounters. In addition to that, the impact on one’s libido could be unpredictable. This will depend on the individual, the drug that they are taking, as well as a variety of other circumstances, such as the drug’s dosage and how often they take it.

Physical arousal: A person’s level of physical arousal can be affected by drugs regardless of whether or not they have a psychological desire for sexual activity. For instance, they are able to interfere with the vaginal lubrication process and can cause sexual dysfunction. Using a medication for erectile dysfunction for recreational purposes could cause a person to become dependent on the medication, which would result in erectile dysfunction if the individual did not take the medication.

Sexual pleasure: When it comes to enhancing pleasure and making it simpler to orgasm, many people turn to the usage of medicines. On the other hand, some medicines may make it harder to have an orgasmic experience. Alcohol and opiates are two examples of substances that might cause ejaculatory latency. Depending on the individual’s sexual aspirations, they may view this as a positive or a negative indicator.

Sexual risk-taking: When someone is intoxicated or high, they may be more willing to accept sexual risks. When medications reduce inhibitions or nervousness, they may be seen as good by some. Sexual assault, sexual abuse, and other potentially damaging sexual practices may all originate from risky sexual conduct.

Drugs affect the experience of sex

The specific effects of drugs on sex might alter over time, particularly if a person develops a dependence on the substance. Drugs can either make sexual activity more or less pleasurable. A person’s capacity to remember sexual encounters, give permission to sexual encounters, or speak about sexual encounters may all be impacted by drug use.

It is possible for a person to find that their typical sexual feelings and behaviours alter when they become dependent on drugs for sexual activity. Some people may develop a dependency on drugs either to enhance their sexual experience or as a method of self-medication for addressing sexual issues.

Even when a person has stopped using drugs, this can result in a malfunction in their sexual life. For instance, a person who takes stimulants to treat erectile dysfunction may continue to struggle with this condition even after they have stopped using the medication. In most cases, this will not improve unless they determine and address any potential underlying problems.

Which drugs are the most dangerous?

Any substance can be unsafe during sexual activity, but it is especially risky to use drugs during sexual activities that could have negative consequences. They could also have a harmful impact on persons who already have major medical conditions. There is no category of medications that are always safe, and there is no one category of drugs that is the most harmful in every circumstance. Listed below are some very hazardous drugs:

Consumption of recreational drugs is not an acceptable replacement for sexual communication or consent. In addition, using them to treat underlying sexual health problems is not a risk-free course of action. Sexual dysfunction can be treated using a variety of different approaches. In addition, utilizing medicines for the purpose of self-medication might postpone therapy and make underlying sexual health problems more worse.

In addition, it is dangerous to use drugs when one does not require them to treat a medical condition. The use of drugs for recreational purposes can, over the course of time, result in substance use disorder, various health problems, and even overdose and death. A person who is struggling with concerns relating to their sexual health or addiction might seek treatment and guidance from a trained medical expert and try vitality supplements from Rise & Shine.

How to Find the Right Dentist for Yourself? 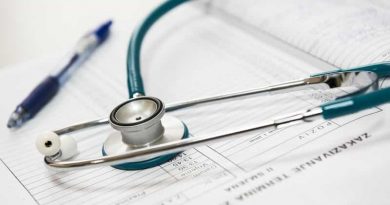 5 Tips for Saving On Health Expenses When You’re Single

What Is the Difference Between Endurance and Stamina